It’s a rare day when a committee hearing on a bill before the West Virginia state house makes it into the New York Times and Fox News. In what is now likely a familiar story to most reading this, Lissa Lucas was escorted from the House chamber after being called out of order for reading a list of campaign contributions that each of the committee members had taken from interests that stood to benefit from the bill before the committee. Lucas is a candidate running for a House seat in this election, but you don’t have to be running for office to get access to the information on campaign donors— you can do it too.

We all know money speaks in the state House and Senate, and while three quarters of Americans agree that we should do better to put regular people over big-money’s influence, there is a trove of information on campaign contributions that you can get access to right now to help inform your vote. Any citizen can get access to campaign donations to see what interests are helping elect legislators and to help evaluate how that might influence their position on a particular issue or bill. Tools like FollowtheMoney.org, Project Vote Smart, and Open Secrets.org (for federal politicians) make accessing this information easy and intuitive. The Secretary of State also has a new system that makes it possible to search contributions to and expenditures by state level candidates and political action committees (PACs).

Unfortunately, there is a big hole in the information available to the public, and it’s called dark money. Wealthy individuals and corporations can give unlimited secret donations to shadowy nonprofit groups to influence elections without the public knowing who is behind it. Other states have passed good laws the bring shine light on these shadowy transactions, but right now in West Virginia, these groups are free to spend wildly to influence our elections and politicians, and voters can’t possibly know who is behind it all. Senate Bill 40, currently before the Legislature, would close loopholes in existing law that make it possible for groups that spend money on political ads to hide the identity of their donors, however, this and similar proposals haven’t gotten serious attention from lawmakers. [Note: SB 40 died because it was not taken up and sent to the Senate floor in time to meet Wednesday’s deadline (often referred to as Crossover Day) for bills to be out of the house of origin.]

West Virginia can and should do better at disclosing these secret and unaccountable sources of political influence, but in the meantime, try out one of these easy tools and take a look at the wealth of information they have on your legislators’ campaign contributions. What you find might surprise you. Either way, you will be a more informed voter during this election year.

Julie Archer and Natalie Thompson are co-coordinators of WV Citizens for Clean Elections, a statewide coalition working to increase transparency and accountability in West Virginia elections. A version of this article was published in the Charleston Gazette-Mail on March 1, 2018. 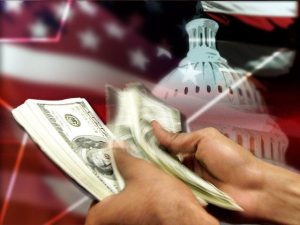