If you were one of the people who responded to calls to action from WV Citizens for Clean Elections Coalition and our partners and allies during the 2020 WV Legislative Session, thank you! You helped generate thousands of emails and hundreds of calls to legislators about SB 275, and that helped kill the bill. Maybe you were one of the dozens of people who attended at spoke against the bill at a public hearing before the House Judiciary Committee.

Special interests have long sought the intermediate court, primarily for civil appeals, as a way to drag out appeals and tip the scales in their favor. The Senate passed the bill on a largely party line vote, but the House of Delegates rejected the measure (44 Y – 56 N). After the bill was defeated, some legislators used a procedural move to vote it down a second time and keep it from being brought up again for the remainder of the session. We are thankful to those legislators!

As initially proposed, SB 275 would have created the first unelected judges in the history of WV, and allowed Governor Justice to appoint all the members. That is court-packing, where a governor (or a president) deliberately makes certain to appoint state (or federal) Supreme Court Justices who will change the ideological makeup of the court. This of course is bad in at least a couple of ways: Judges are supposed to be fair and impartial. When they are seen as having ideological bents, then public trust in the courts erodes.

SB 275 was amended so that the judges on the intermediate court would stand for election, instead of being appointed. However, this merely amounts to a court-packing scheme of a different sort, because of the impact of big campaign donations have had on judicial elections here in West Virginia. Powerful special interest groups spending big bucks on these elections see our Supreme Court as an effective vehicle to further their political, ideological, and financial agendas. Why would this new court be any different?

What’s more, most of this spending is hidden in the shadows, because West Virginia’s current campaign finance laws allow groups that spend money on our elections to hide the identity of their donors, making it impossible for voters to know who is trying to influence the election or future court decisions.

The politicization of Supreme Court elections undercuts the ability of the court to be fair and impartial. Without shining a light on this spending the appearance and reality of even handed justice is at risk.

Besides SB 275, there were multiple constitutional amendments proposed that would have undermined the independence of the courts. These attacks on the judiciary were fallout from the 2018 Supreme Court spending scandal and anger over a substitute Supreme Court putting a halt to impeachment proceedings against the justices.

We were able to stave off those attacks. Proposals we helped defeat included a proposed “Protecting the Separation of Powers Amendment” (SJR 7), which would have stripped state courts of their ability to interfere in any proceedings of the Legislature (not just impeachments), even if those proceedings aren’t constitutional! The Senate Judiciary Committee approved SJR 7, sending it to the full Senate for a vote, but we helped convince Democratic senators to hold the line, which kept the measure from getting the two-thirds vote it needed to be put on the ballot in November.

The House and Senate also reintroduced a 2019 proposal to amend the state constitution in order to clarify the role of the judiciary in impeachment proceedings. These proposals (HJR 109 and SJR 1) would have limited the ability of state courts to determine that impeachments or trials of impeachment were procedurally deficient or conducted in a way that conflicts with the constitution, although neither advanced.

In addition to the growth of outside spending in judicial elections, these types of attacks on state courts have become increasingly common. According to the Brennan Center for Justice, in 2019, legislators in at least 25 states (including West Virginia) considered at least 48 bills to diminish the role or independence of state courts.

Courts are powerful and they matter. State courts, where 95 percent of all cases are filed, play a crucial role. Their rulings impact our health, our freedom, and our bank accounts. We elect presidents, governors and legislators as advocates. But judges are supposed to be neutral arbiters of the law and Constitution, not swayed or bullied by special interests or the other branches of government. That’s why we must continue to fight these attacks and push for increased transparency in our elections and the adoption of strong recusal standards to remove political pressure and conflicts of interest from our courts.

And, as we prepare to elect an unprecedented three out of five justices to the WV Supreme Court on June 9, we must also be informed voters — know our court candidates and who is financially backing them — so we can effectively use our right to vote to protect ourselves, our loved ones, and the world around us. 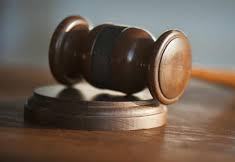