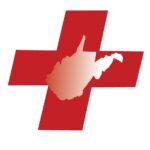 Charleston, WV – A group of doctors from across West Virginia are asking state Attorney General Patrick Morrisey to withdraw the state’s support for the federal lawsuit seeking to throw out the Affordable Care Act which has extended and protected health care coverage to hundreds of thousands of West Virginians.

In a letter (included below) sent to Morrisey on September 14, more than 30 WV physicians say this lawsuit, if successful, would “do irreparable harm to the health care coverage of 200,000 West Virginians and to our state’s economy.”

Attorney General Morrisey is one of a group of Republican state Attorneys General that have signed their states onto a lawsuit (Texas vs California) now on appeal in the U. S. Supreme Court that could invalidate the Affordable Care Act, eliminating coverage for millions of Americans who get health insurance coverage through the decade old law.

Dr. Dan Doyle, who practices family medicine in Fayette and Kanawha counties, is one of the signers of the letter to Morrisey. He wants to know what is the plan to help people who would lose coverage if the ACA is eliminated.

“Even before the COVID-19 pandemic, tens of thousands of West Virginians were struggling with diabetes, heart disease, Black Lung, and addiction,” said Dr. Doyle. “In addition to providing coverage for these conditions, the ACA funds additional programs that address these problems head on. Does state government plan to pick up the tab if the ACA is thrown out?”

The letter asks for specifics about how the state would respond to the challenges that would arise in a post-ACA West Virginia, including elimination of coverage for pre-existing medical conditions, rollback of prescription drug subsidies, a return to Black Lung benefit restrictions, and the effect on the revenues of rural hospitals and clinics that depend on revenue from ACA health funding.

The Doctors’ letter does not address the legal or political aspects of the case. Kathleen Stoll, Policy Director, West Virginians for Affordable Health Care, has analyzed Texas v California , the new name of this case now before the Supreme Court, and questions the underlying legal arguments for striking down the ACA.

“The Supreme Court upheld the constitutionality of the ACA in 2012, and Congress has refused to repeal the law dozens of times. The current case relies on a change to the law, buried in a 2017 tax bill, that eliminated penalties for the law’s requirement that everyone have medical coverage,” Stoll explained. “The AGs pushing the lawsuit have seized upon this technicality to advance their partisan goal of eliminating the ACA by any means necessary.”

The United States Supreme Court has announced that it will hear arguments in Texas v. California on November 10. This is the lawsuit you have joined, on behalf of the people of West Virginia, that seeks to invalidate the Affordable Care Act.

As health care providers, we call on you to withdraw our state from this lawsuit.  If successful, it will do irreparable harm to the health care coverage of 200,000 West Virginians and to our state’s economy.

We have four sets of questions for you about this lawsuit.

Second: If the Court overturns the Affordable Care Act, does the state have a plan for mitigating the impact on West Virginia’s medical care providers, hospitals, and academic medical centers that will no longer receive payment for services rendered to patients who lose their coverage? Will the State be able to maintain health services in our rural communities?

Third: If the Supreme Court rules in your favor, do you anticipate that the decision would also eliminate the Act’s other healthcare protections such as the provision that closes the Medicare gaps in prescription drug coverage; the provision that prohibits insurance companies from raising premiums, or issuing a policy with a rider excluding coverage for pre-existing conditions, or denying coverage altogether due to pre-existing conditions; and the provisions that create a fairer process for coal miners with lung disease, and their widows, to show that they are eligible for black lung benefits?

The fourth question is related to the impact that elimination of the Affordable Care Act would have on West Virginia’s economy. The non-partisan Commonwealth Fund projects that ending the ACA will cost West Virginia 16,000 jobs, $9.1 billion in lost economic output, and $438 million in state and local revenues. Are these figures consistent with what you estimated before you joined the suit? If not, what is your estimate of the potential impact on West Virginia’s economy?

Maintaining the health of West Virginians is our life’s work. The COVID pandemic has increased the challenges we face in our work and our patients face in their daily lives.

We call on you to remove yourself and our state as one of the 18 state attorneys general supporting this lawsuit until and unless these fundamental questions can be fully answered.

We would appreciate the opportunity to meet with you and discuss what plans you have for addressing the challenges West Virginia would face the day after the Supreme Court vacates the ACA. 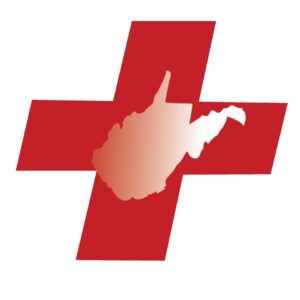