How Will Elimination of Income Tax Increase His Wealth?

Charleston, WV —The wealth of West Virginia’s only billionaire, Gov. Jim Justice, increased by $12 million between mid-March of last year and Jan. 29 of this year, according to a new report by Americans for Tax Fairness (ATF), Health Care for America Now (HCAN) and West Virginia Citizen Action Group. While the governor’s bank account is getting fatter, he is expected to outline a plan to eliminate the Income Tax in his State of the State address today. How much wealth will he gain from this proposal?

Between March 18—the rough start date of the pandemic shutdown, when most federal and state economic restrictions were put in place—and Jan. 29, the net worth of West Virginia’s only billionaire increased based on this analysis of Forbes data, and also shown in the table below.

Sources: All data is from Forbes and available here.
March 18, 2020, data is from the Forbes World’s Billionaires List: The Richest in 2020.
Jan. 29, 2021 data was taken from Forbes real-time estimates of wealth that day.

If the governor’s recent documented increase in wealth were all solely from income, using the tax tables on the Tax.WV.gov site, he would save $644,746 dollars from not paying income taxes on his $12,000,000 gain.

Nationwide over the same 10-month period, the total wealth of the nation’s 661 billionaires leaped by $1.2 trillion, or 40%—more than the $900 billion federal pandemic relief package enacted in Congress in December.

At $4.1 trillion, the total wealth of America’s 661 billionaires is two-thirds higher than the $2.4 trillion in total wealth held by the bottom half of the population of 165 million Americans.

Biden’s relief plan would provide $350 billion in general aid to state and local governments to preserve jobs and critical public services plus $170 billion to help schools reopen and support public colleges. That funding could help ensure state and local governments can respond to increased need for addiction and behavioral health services, education, public safety and prevents cuts to the Medicaid program.

As the wealthy in West Virginia ride out the crisis on a rising tide of wealth, the state’s working families struggle to keep their heads above water:

Low-wage workers, people of color and women have suffered disproportionately in the combined medical and economic crises because of long-standing racial and gender disparities. Blacks and Latinos are far more likely to become infected with Covid-19 and to die from the disease. Billionaires are overwhelmingly white men.

“The Covid Pandemic is still raging and we need to be investing in our citizens and communities that are struggling, not cutting taxes on millionaires. We should prioritize Health over Wealth,” commented Gary Zuckett, Executive Director of WV Citizen Action, “Our governor is encouraging Congress to ‘Go Big and Go Bold’ regarding deliberations on the next Covid recovery package. He should be doing the same in WV, not proposing to shrink our state’s economy by elimination of nearly half the state’s revenue. ”

“Billionaires have been reaping bushels of pandemic profits the last 10 months while many working families are reeling, state and local services are suffering and jobs are disappearing,” said Frank Clemente, executive director of Americans for Tax Fairness. “Congress needs to come to the immediate rescue to get the country out of this mess. And then it should turn its attention to enacting sweeping reforms that make the wealthy and corporations pay their fair share of taxes so we can create an economy that works for all of us.”

“Republicans in the Senate keep trying to pare down the $1.9 trillion Biden pandemic relief plan that would save jobs and services in states and provide millions of people healthcare, unemployment protection, paid leave with excuses about targeting support to those who need it most,” said Margarida Jorge, Executive Director, Health Care for America Now. “But those excuses are more hollow than ever in a pandemic where billionaires are getting richer as everyone else struggles. The Republicans certainly weren’t worried about targeting the neediest when they passed their $1.9 trillion tax law back in 2017. That law gave away billions to the rich and corporations while leaving the middle class and working people behind.”

Some billionaires have seen a particularly astonishing increase in wealth:

President Biden’s “build back better” tax and investment plans could address immediate needs created by the pandemic and put the nation on a trajectory toward economic growth that restores the middle class, good jobs, healthcare and equitable opportunity for everyone to prosper. Even Wall Street analysts praise the plan because of the jobs and growth it would create.

A key component is tax reform that would begin to ensure the wealthy and corporations pay their fair share. Biden’s tax plan would transform huge billionaire gains into public revenue to help heal a hurting nation by both raising taxes on the wealthy and closing tax loopholes that allow the rich to delay, diminish and even avoid paying the taxes they owe on wealth increases. President Biden and the new Congress could make structural changes to level the playing field so that the rich are taxed more like the rest of us.

A number of approaches will be debated in Congress, including  an annual wealth tax on the biggest fortunes, proposed by Senators Elizabeth Warren and Bernie Sanders. Another option is the annual taxation of investment gains on stocks and other tradable assets, an idea advanced by the new Senate Finance Committee chair, Ron Wyden. If any of these proposals become law, the country’s billionaires would be paying hundreds of billions of dollars in extra taxes thanks to their gargantuan pandemic profits last year, helping to address the pandemic’s impact and keep the economy afloat here in West Virginia and across the country. 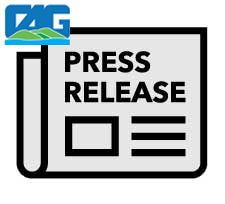