Drug companies are among the most profitable corporations on the planet, especially in the United States where patent laws give them an unfettered monopoly to raise prices at will just because they can. This makes life-saving medications unaffordable for many Americans and needs to stop now!

H.R. 3, by allowing Medicare to negotiate lower drug prices (just like the Veterans Administration has been doing for years) would save lives AND save taxpayers money. The nonpartisan Congressional Budget Office confirms it would reduce negotiated drug prices by as much as 55%– saving patients an estimated $158 billion over the next few years and decreasing Federal deficits by $456 billion.

Getting this passed will be a challenge as the Pharma Lobby is on the warpath to protect their profits! The Industry has already spent a whopping $92 million dollars in the first quarter. That is more than a million dollars a day every day since Jan. 1st! Pharmaceutical manufacturers always far outspend other industries to lobby Washington, but they’ve outdone even themselves this year.

We can’t continue to let Big Pharma rig the medical system and use the American Public as their cash cow! We’re talking about patients who can’t afford life-saving medicine, who split pills to stretch their prescriptions, who go without food to afford their medications to just survive. It’s long past time to address this shameful situation! We need to pass HR-3 now! 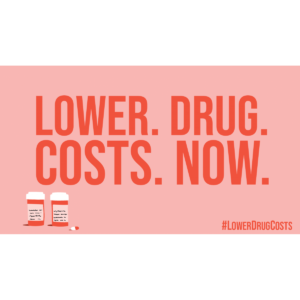 Blog  May 26, 2021
Letter to Senator Manchin: Care for Creation is a Call to be Heeded and Acted Upon