With the Legislature expected to convene for a special session next week to approve new boundaries for state legislative and congressional districts, the House and Senate Redistricting Committees have started considering proposed maps that will shape our lives and communities for the next decade and beyond.

In what was a positive first step in what should be an open and transparent process, the Committees jointly held public hearings around the state in August and September to give West Virginians the opportunity to provide input on what the new maps should look like. However,  these hearings took place without the benefit of proposed maps for the public to review, and with time running short to finish the job it’s unclear if they’ll deliver and advocates have raised concerns about conversations regarding the maps that are taking place behind closed doors between legislators and staff that aren’t part of the public record.

Here’s a look at where things stand in the process, and how you can weigh in.

Although the Senate Committee has held more meetings to date, the House Committee was first to put forth a proposal for how their own districts will be configured as they move from a mix of multi and single member districts to 100 single-member districts. The proposal has drawn criticism from Democrats on the House Committee who say they were largely shut out of the process, and only saw the proposed map for the first time when the committee met on September 30th. While, we don’t know for certain that the GOP leadership considered voting behavior in coming up with the proposed districts, it’s hard to believe that they didn’t.

One analysis of the proposed WV House plan for the WV House of Delegates projects Republicans would make massive gains in 2022, favored in 85 seats, compared to the 78 they have now (R+7) and that Democrats would go from 22 to 15 seats. Similarly, the district statistics provided when the plan is imported into Dave’s Redistricting indicate that 92 of the proposed districts lean Republican. While maps shouldn’t favor or discriminate against incumbents, candidates, or parties, a fair map that took voters’ preferences into account would be more competitive and result in the makeup of the House being more proportional to the total votes cast for candidates of each party in prior elections.

Politics aside, one thing legislators heard over and over as they traveled around the state was that people want their neighborhoods and communities to be kept whole, but there are several cities and towns across the state that have been unnecessarily divided. These include Elkins, Lewisburg and Shepherdstown to name a few. It would be impossible to put the state’s larger cities into a single district, but there’s no good reason to split these small municipalities into more than one. 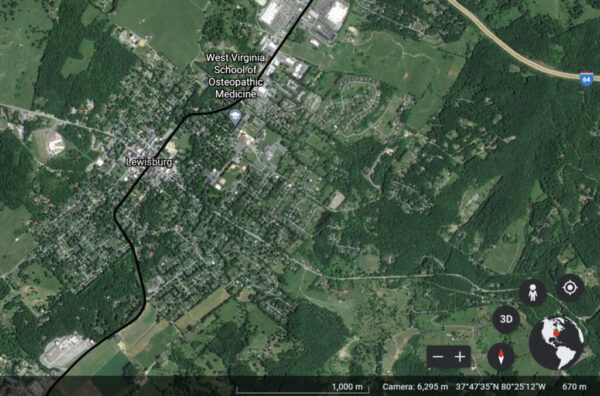 Additionally, the analysis of the proposed districts via Dave’s Redistricting, also indicates that they rate poorly in terms of minority representation and giving Black and other communities of color the opportunity to elect a candidate of their choice. This should be a priority consideration and latitude should be taken to create majority minority and minority influence districts to make this possible.

Politicians manipulating the maps to preserve their own power and dividing our communities in the process isn’t an acceptable outcome. Gerrymandering and unfair maps purposefully weaken the ability of communities, especially minority and/or marginalized communities, to advocate for themselves.

Here are two ways to view the proposed WV House of Delegates plan in detail.

1) Download the [.KMZ] file under Proposed Delegate District Maps at https://www.wvlegislature.gov/Districts/2020/housemaps.cfm to your computer.

3) From the Menu in the sidebar, click Projects, then Open, then Import the KMZ/KML file from your computer.

(This is a map I created after converting the .KMZ file and importing it. There are some minor population discrepancies noted in the description.)

The Senate Committee has mostly focused on Congressional maps to date. As we go from three districts to two, and with more than two dozen maps to consider, the discussion has mostly focused on whether to include the state’s growth areas in the same district and how to consider whether a district is appropriately compact. However, at their meeting on October 6 they announced that the first State Senate maps had been posted to Legislature’s redistricting website.

All of the maps proposed by the Committees, as well as various maps and comments that have been submitted by members of the public, are available here: https://www.wvlegislature.gov/redistricting.cfm

We only get one chance at this and the outcomes will last 10 years and beyond. Our collective action can make positive change and help shape this process. So make your voice heard. Call, email, tweet, or contact your state legislators to insist on fairly drawn maps where communities remain whole and where voters have an equal voice, and continue to demand transparency throughout the process. Comments and ideas can be submitted here or via joint.redistricting@wvlegislature.gov. 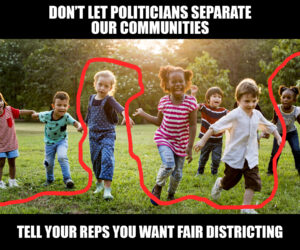