Last month, Secretary of State Mac Warner launched a new voter ID education campaign to educate the public about West Virginia’s voter ID law, which went into effect on January 1, 2018.  The Secretary of State’s Office is working with a diverse group of stakeholders to help get the word out to the public about these changes, and the various forms of photo and non-photo ID that will be accepted at the polls.

Because West Virginia’s law is not as strict as voter ID laws passed in other states, most voters will likely have one of the acceptable forms of ID on the list. Acceptable forms of photo ID include driver’s licenses, passports, military and student IDs, and concealed carry permits. Several forms of non-photo IDs will also be accepted including Medicare and Medicaid cards, hunting and fishing licenses, bank and debit cards, utility bills, and health insurance cards.Voters who lack a valid form of ID could have a friend or poll worker vouch for them. (See the Secretary of State’s guide to the new law below for complete of acceptable IDs and exceptions to the voter ID requirement.)

The Secretary of State’s Election Division is also working with county clerks to provide free photo IDs to registered voters who otherwise do not have one of the many forms of identifying documents.

With many important races on the ballot this year, it’s important to make sure you’re registered to vote and ready to vote. This means making sure you have your ID, informing yourself about the issues and candidates, and last but not least, getting yourself to the polls.

Also, please help spread the word and make sure people know about this new requirement. Every vote counts, and we don’t want potential voters to be turned away. 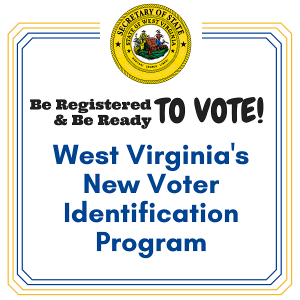