As we continue through the worst health crisis the United States–and the world–has seen in our lifetime, no less than the health care of the entire country is in the hands of the Supreme Court.

Looming over the discussions of installing a new justice before the November 3rd election is the lawsuit challenging the Affordable Health Act (ACA). This lawsuit, California vs US,  is due to be heard at our highest Court on November 10th. A loss of the ACA could have devastating effects including the loss of pre-existing condition protections that Americans are now guaranteed and that hundreds of thousands of West Virginians rely on to not be charged more for their health coverage or to be denied health insurance at all.

“A repeal of the ACA would immediately challenge the health care of West Virginians. Pre-existing conditions, Medicaid expansion, coverage for children up to 26 on their parents plans. All of these could be on the chopping block. But it’s not just the ACA at stake. The Supreme Court may even find the will to overturn Roe v. Wade, setting women’s health care rights in this country back half a century,” said Jessie Ice, Executive Director of West Virginians for Affordable Health Care.

“The decision by the Senate on the next Supreme Court justice will matter even beyond health care. Human rights in the United States are at stake and we need to be sure that our next justice will not reverse accomplishments of prior Courts that bring us to where we are today.” Gary Zuckett, added Executive Director of West Virginia Citizen Action. “We applaud Sen. Manchin for recognizing the will of the people should have the power to decide the future of healthcare and so many other important issues. We also need to consider the devastating financial effects a reversal of the ACA will have for our state and the nation,“ Zuckett added. 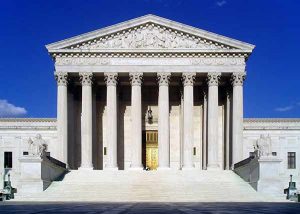