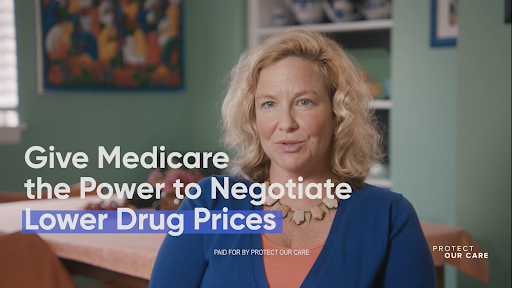 West Virginia — Protect Our Care recently launched its second digital ad in West Virginia as part of a multi-million dollar ad campaign about prescription drug prices. The ad features Adrian, a Morgantown-based patient storyteller with Type I diabetes who has difficulty paying for her insulin. In the ad, Adrian tells her personal story of struggling to afford lifesaving medication and relays the importance of giving Medicare the power to negotiate with drug companies for lower prices for all Americans.

The ad is part of The Campaign to Reduce Drug Prices, a grassroots and communications campaign calling for comprehensive legislation to lower drug prices. The ad is running on digital platforms, focusing particularly on older West Virginians. Protect Our Care will continue to run ads and host events both nationally and in 14 key states, including West Virginia, throughout the summer.

“Adrian’s story is all too familiar in West Virginia and across the country,” said Protect Our Care West Virginia State Director Lynette Maselli. “It is unfair that Americans pay two or three times more for their medicines than people in other countries. Drug companies keep raising the price of existing drugs like insulin year after year, with no reason other than that they can. It’s time for West Virginia lawmakers to do the right thing and support giving Medicare the power to negotiate for lower drug prices. The time to act is now.”

My name is Adrian and I have type one diabetes.

In Canada, insulin is a fraction of what I’m paying here in the United States.

It just takes that extra money that you would have away from you.

It just takes that extra money that you would have away from you. 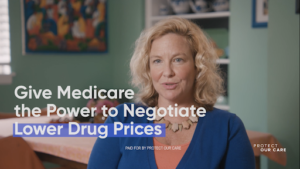